ios 10 is all set to launch and is so far being regarded as the apprehensive mobile operating system from Apple Inc. All the ios 10 developers are looking forward for the launching of the advanced OS. At 7tech IT Services Pvt Ltd , we have started to modify with new methodology to various changes of ios 10 for developing and creating apps for the new OS. Apple demands a good share of application development market and that is the reason ios 10 development have become very important to make sure that our clients always gets the best and advanced services by us to follow emerging trends.

Apple has also made it easy to type with the Siri Keyboard in ios 10. We have the best team of ios app developers who provide the class apart apps that includes the impressive designing and amazing user interface. This new iOS 10 also comes up with the smashing feature such as improvised notifications. Apple has also included one feature of 3D touch of iPhone 6s and the 6s plus enables the users after long pressing on the notification for getting the preview through the app and no requirement to unlock the device.
Along with the ios 10, Apple has also introduced Apples Homekit smart home system also and this will include its own kind of application, which is called as Home and this has the ability to connect with thermometers, to the door locks, doorbells, security cameras just through the internet from one of the central application at the iPad and the iPhone device too. At 7tech solutions, we have the best team of iOS developers who understands the requirement of the clients and accordingly they create the marvelous industry-specific apps and the happy and satisfied clients are increasing with each passing day. 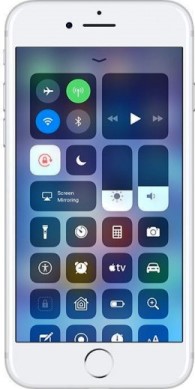